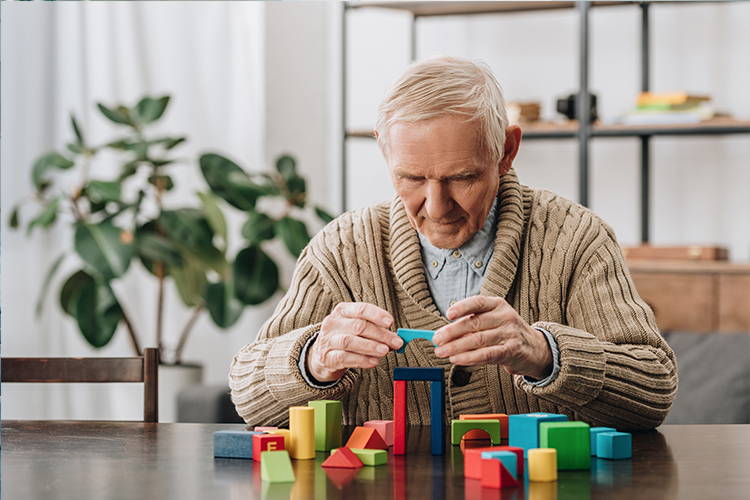 The quantity of beneficial bacteria in our gut is known to decrease as we age(1). Likewise, with age it is not unusual to experience forgetfulness and issues carrying out activities of daily living. The most severe diagnosis for these symptoms is dementia, of which Alzheimer’s disease is the most common. Alzheimer’s disease is characterised by progressive and debilitating memory loss, confusion, and disorientation(2). Although the exact cause of Alzheimer’s is not fully understood, studies in recent years have looked at the influence gut flora may have on the brain, through a relationship coined ‘the gut brain axis’. The initial emphasis of this research was on the connection between the gut bacteria and neurotransmitter production impacting stress, depression, and anxiety. However new findings have highlighted the relationship between friendly live culture supplementation and improved memory recall, which provide some promise for Alzheimer’s patients.

A study which took place at the Tokyo Healthcare University analysed the relationship between drinking milk fortified with friendly bacteria (Bifidobacterium longum BB536) on a daily basis and memory recall in middle aged and elderly individuals. Of the 20,000 participants, those who drank the milk containing live cultures reported less forgetfulness than those who drank the normal dairy milk(3). This research, although not conclusive as a causal relationship cannot be ascertained, did provide grounds for research in to the relationship between memory recall and the microbiome.

A fascinating 2016 study carried out at the Kashan University of Medical sciences focused on the association between gut flora and Alzheimer’s disease. This trial involving 52 patients with Alzheimer’s and an average age of 80, ran over a 12-week period. Similarly to the Tokyo study, the patients either received milk containing bacterial cultures or normal dairy milk on a daily basis. Moreover, the patient’s cognitive function was measured before and after the 12-week period using a Mini-Mental State Examination (MMSE), a questionnaire used commonly to measure cognitive impairment. Following the 12-week period this study recorded an MMSE score improvement of 27.9% in those who had been provided with the friendly bacteria(4).

Research in to the exact mechanisms by which the gut microbiome may influence Alzheimer’s susceptibility are ongoing. One strand of studies suggests the association may be due to a reduction in Lactobacillus and Bifidobacterium quantities in the gut with age(5). These bacteria are involved in the production of the neurotransmitter GABA. GABA is a major inhibitory neurotransmitter in the central nervous system, disruption of this system may contribute to cognitive impairment(6). Furthermore, post-mortem investigations have found decreased levels of GABA in the cortex region of Alzheimer’s patients’ brains(5). These interesting findings provide possible reasoning for the improvements in memory recall seen in clinical studies when supplementing with Bifidobacterium.

Although Alzheimer’s is not believed to be curable, studies like this do provide a basis for longer and larger trials investigating the effect of live culture supplementation on the progression of Alzheimer’s disease.

If you'd like to learn more about supporting your gut health, why not book a free 1:1 consultation with our nutrition team? We can recommend diet and lifestyle changes that can make a big difference. To book, simply click here.